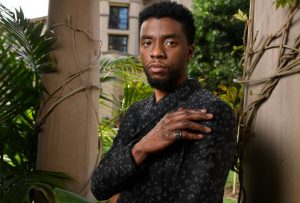 ‘Black Panther’ star Chadwick Boseman’s death from colon cancer at age 43 has underlined the importance of colon cancer screening at age 45, according to a New York Times article.

Colon Cancer is the second-leading cause of cancer deaths in the U.S. for both men and women. Yes, most colon cancer cases still arise in a majority of older people, but young onset colon cancer continues to rise 2 percent annually in people under age 50, according to the American Cancer Society.

Several risk factors determine each person’s susceptibility to colon cancer, such as obesity, diabetes, smoking or a family history. Rates of colorectal cancer are also higher in Black communities. From 2012 to 2016, the rate of new cases in non-Hispanic Black people was 45.7 per 100,000, about 20 percent higher than the rate among non-Hispanic white people and 50 percent higher than the rate among Asian-Americans and Pacific Islanders. However, risk factors are not an indicator of whether someone has or will have colon cancer, thus colon cancer screenings should be a priority for everyone.

The ACS reported that only 58 percent of adults aged 50 to 64 from are undergoing colon cancer screenings in 2017 to 2019, and that was before COVID-19 wreaked havoc on U.S. communities. According to a publication by the Epic Heath Research Network, screening appointments for breast cancer, cervical cancer and colon cancer decreased by 86 to 94 percent in March 2020, compared to screening rates between January 2017 and January 2020.

Schedule a Colonoscopy, Pandemic or Not

Colonoscopy is the only procedure that can detect and prevent colon cancer. Some people are choosing Cologuard or other at-home colon cancer screening tests, but this test misses 8 percent of all colon cancer instances and may produce false positives.

If caught early, younger people have a 94 percent five-year survival rate.  For people with late stages of the disease, the survival rate can be as low as 20 percent. Early diagnosis, is the difference between life and death.

Whether you’re experiencing any of these symptoms, please call us and schedule a colonoscopy if you are aged 45 or older or meet any of the aforementioned risk factors.  It could mean the difference between life or death.